All4Women.co.za is officially South Africa’s leading women’s website, boasting over 2.4 million page views during 680 000 visits from its 229 000 unique female visitors, in the month of May. That’s according to the latest statistics from independent online audience profiler, Effective Measure.

These impressive figures see All4Women.co.za overtaking Women24.com, (when it comes to female unique browsers) to gain what is a very hotly-contested accolade in the digital publishing arena.

“Catching – and holding – the attention of the online female audience, given this target market’s incredible purchasing power, is a massive achievement, but we are particularly impressed with the statistics from All4Women because they reveal that an incredible 88% of the site’s visitors is actually female,” says Wayne Bischoff, MD of Habari Media.

The vast majority of female interest websites tend to attract a more even split of men and women readers, a fact which can prove frustrating to brands specifically targeting women.

“All4Women has placed a great deal of focus on creating the ideal platform to gain the eyes and ears, and ultimately, the trust of South African women,” says Bischoff.

The site, which was launched in 2008 with one half-day editor, is written by women, about women, and for women. Over the past four years, the editorial team has expanded to a solid 12 staffers, publishing an average of 40 new articles every day, ranging in topics from health and beauty to entertainment and lifestyle. The site also has an extraordinarily active Facebook page, with the number of ‘likes’ over the 40 000 mark, and typically between 10 000 and 25 000 users talking about the site at any given time. This is considerably higher than the 10% benchmark Facebook uses to measure the success a page has with its talkability.

This dual focus on quality and quantity of content, combined with a solid social media strategy, has clearly hit the mark, with traffic to the site having grown by an average of 50% year-on-year over the past four years, and no signs of a slowdown on the horizon.

“The May figures weren’t an unusual spike in All4Women’s statistics, but rather the result of sustained growth that we fully expect will continue for the foreseeable future,” concludes Bischoff.

Knowing your consumer and how to customize your message to every individual is important because it will directly correlate to their purchasing decision. The better you can understand and connect to your audience, you have a greater chance of selling them your product. At the DMMA website, you can find digital media marketing specialists that are trained to help you achieve that. 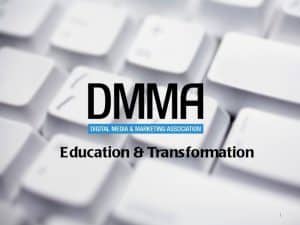 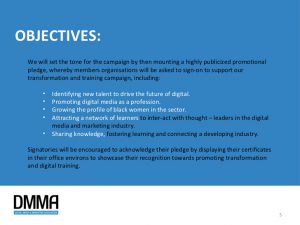